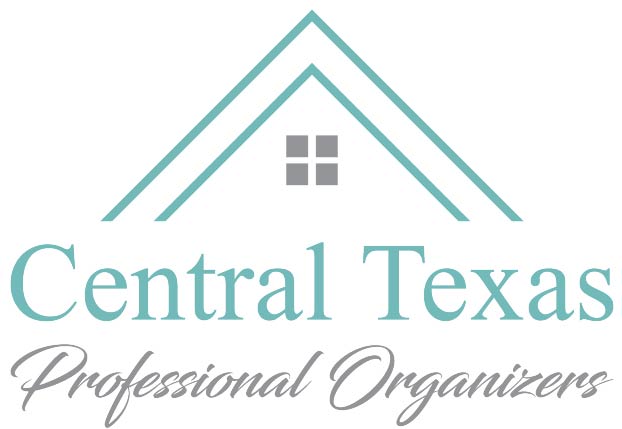 I had a random thought one day which led me to a project that has improved my life in such a big way, I just had to share. One day I realized that my two-year-old son’s room was my favorite. Not that my son was my favorite, but his room. When in there I feel peaceful and calm, and I love how relaxed I feel when I sit in there and rock him. But why is that? The answer is simple: although we don’t have a ton of clutter in our home as a whole, it is the room with the least amount. There is not much in there, but what is in there has a purpose. Also, I am the one that maintains and picks up that room, which is frankly because of the system I had set up (designating a specific spot for everything). I actually enjoyed cleaning it because it was quick and easy. On the other side of the spectrum is my daughter’s room. Her room is one of the first that people see when entering our home and how untidy it is has caused me stress and frustration. Similar to my son’s room, I designed and organized it to be functional but also cute for a four-year-old, who I then thought was old enough to maintain my systems. I also figured she was old enough to return her belongings to their designated areas. When this didn’t happen, I would get upset with her. I truly regret this now. The truth is, she WAS old enough to maintain a tidy bedroom, however, she needed to be taught how. Of course, I knew where everything was supposed to go because I organized it…but she didn’t. I realized that I needed to create a system that was age appropriate and include her in making decisions about where things go and why. This made all the difference. My daughter and I started by identifying some of the things that were not working: • Stuff was constantly piling up on the floor limiting the amount of space to play. • She was constantly asking me to help her find toys because she couldn’t find them. Or, a lot of toys were not even played with because she forgot she had them. • Her bed was too hard for her to make. She did actually try daily, but my standards were too high which decreased her chance of success. Next, we talked about things that were working in the room: • She had lots of great storage in the room that she could use to stuff things in when I asked her to “clean her room.” 😊 • She enjoyed being in her room even though it was a little out of control.

Finally, we created a plan and jumped in:

1. Remove all toys from every crevice of the room and put them on the floor in the middle of the room. I was shocked at how many toys she had and all the places she had found to store them. She discovered toys she hadn’t seen in months and was so excited to play with them!

2. Sort all the toys into groups (baby dolls and accessories, Barbies and accessories, little toys from kid’s meals, etc.). We also made a pile of toys we knew actually belonged in the playroom or somewhere else in the house. We didn’t leave to go put them there at that moment, we just made a pile for them to be moved later. Getting up at that point would only distract us and we were on a mission!

3. Eliminate groups of toys that she is no longer interested in or were no longer age appropriate. We even had a discussion about how sad it was that some wonderful toys were getting dusty when there were other children in our community that would love to have them.

4. Look through each group that is left and determine what is a reasonable number of things to have in that group. Also, eliminate groups that are incomplete, making them difficult or less enjoyable to play with (example: a Paw Patrol set that is missing Chase, etc.). I allowed her to keep 3 dolls because that seemed reasonable. It became very clear which ones actually meant the most to her. Some items had sentimental value and I set those aside to put in her keepsake box. For stuffed animals, I considered the ones that would be most difficult for her to part with and formed my ‘reasonable number’ from there. I was fair but strict because while she was the one making the decisions, it was my job to set the boundaries that aligned with the end goal of a tidy and functional space.

5. Designate spaces in her room for each group of toys to go. This was key! The toys had to stay in their group wherever we chose to store them. It was so important that she knew I put each item in the group I did, so for example I explained why it was important to keep the doll accessories WITH the dolls. This would help her maintain an organized room later on. Containers from the Dollar Tree helped to designate the different groups, particularly when a drawer held multiple groups of toys.

6. Create a specific spot for everything and DO NOT combine groups when storing. We talked about what spot would make sense and we put the items there together.

7. If an item doesn’t fit in the space provided, it needs to go or something else in the group needs to go so it can stay. I knew, no matter what, she had MORE than enough toys to play with, so I wasn’t concerned about being strict about this.

8. Nothing besides large items can be stored on the floor. Things need to be in drawers, bins or tubs and put away preferably out of sight unless being played with.

9. Create a very simple way to make her bed. Now, we allow only one stuffed animal to stay on her bed during the day. All extra animals and blankets she sleeps with are stored in their designated location until she is ready to go to bed.

Things that came from this project:

• She is now very intentional about what she plays with and naturally only takes one group of toys out at a time, making it very simple to maintain.

• She sees the value of an organized room.

• She has a floor to play on, she used to not have anywhere to play but her bed.

• When I tell her to “clean her room” she knows how.

• She is willing to give toys away to make room for ones she loves.

• Her bed is made daily.

• At the end of quiet time, she is able to clean up in 2-3 minutes and I DON’T HAVE TO LIFT A FINGER TO HELP!

• A new rule: If it isn’t put away by the end of the day, it gets taken away for a week.